[INQ. NO. 1807M10] Dongwoo Optron Co., Ltd., has established in 1989, succeeded in the localization of ultra-precision spectroscopy in 1998. Based on the development/manufacturing experience of optical instruments for many years, we succeeded in developing the Flue Gas Analyzer in 2007 a first in Korea. Over the past 10 years, Dongwoo Optron has delivered more than 460 sets of products to facilities including incinerators, petrochemical processes, and paper mills across the country, including five major power generation companies in South Korea. As a result of continuous efforts and investment to improve the quality and enhance performance, Dongwoo Optron has become the leading flue gas analyzer manufacturer in the nation and is leading the localization of flue gas analyzer and monitoring system. 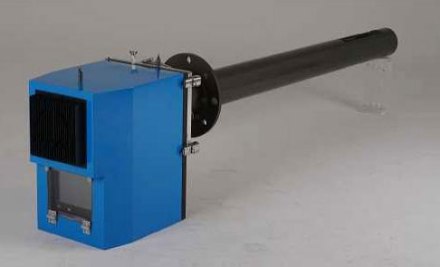 DGA-X is a product that analyzes multi-pollutant (NOx, SOx) gasses from industrial boiler chimneys and reduction facilities or chemical process of air-pollution emissions. The method of the product is by inserting the probe and detector directly into the chimney/duct where the gas flows and measuring the gas concentration inside the chimney/duct. This product has a feature of fast reaction speed and does not require a separate preprocessor, thereby making it easy to install and use.
As for the measuring method, an optical mode is used in a large amount of gas and continuous measurement. SO2 and NOx contained in the emissions have an absorption band in the region of 200 to 300 nm of ultraviolet rays. It uses the Differential Optical Absorption Spectroscopy (DOAS) based on the Beer-Lambert Law which has combined the Beer Law that the absorbance is proportional to the concentration of the absorbed substance as the emissions have the absorption band of ultraviolet rays and the Lambert Law that the absorbance is proportional to the thickness of the absorption layer. It extracts the interference components between the gases by separating the gas component, the dust and the signal on the optical path among the optical signals inputted to the analyzer by replacing the optical path corresponding to the standard gas or the reference path with a mathematical algorithm.

DST-X is a chimney gas measuring instrument of continuous sampling type, which is a continuous automatic measuring instrument for measuring components of emissions from a chimney. Its principle is analyzing the gas which absorbs energy in the ultraviolet (UV) region by utilizing the UV light source. In general, it measures concentration of the sample gas by injecting the sample taken from the chimney in the extractive (continuous sampling) method with the sample probe into the gas cell of the measuring instrument through the pretreatment system.
It has adopted the method of analyzing the gas type and gas concentration by using ultraviolet rays of 200~400 nm region. DST-X has applied two measurement methods of both nondispersive and dispersive methods simultaneously. By selecting non-dispersive light in the first step and separating the light in detail by dispersion in the final step, it minimized the effect of interference gas, thereby improving the accuracy of measurement.