Even though two main export items are excluded, it is possible to maintain upbeat due to construction machinery which is proving to be competitive.

When we worry about the Korean economy, the words not removed at all are ‘the phenomenon of semiconductors’ sole lead.’ However, exports of May relieved such worries. Export growth rate increased by 12.5% YoY excluding shipbuilding and semiconductors (Excluding these two items, daily average export increased by 10%.).
It is machinery that drives export expansion following semiconductors, chemicals and oil refining. Machinery exports in May increased by 15.8% YoY, marking double-digit growth for two consecutive months following April (13.1% YoY). In particular, construction machinery is proving to be outstanding.
Experts predict that construction machinery exports will expand continuously. There are three reasons for such expansion of export:s First, the home ownership rate in the USA has rebounded in almost a decade. The actual demand seems to increase mainly among people in their 20s and 30s. In this process, the speed of new home sales growth is faster than that of the existing ones.
In addition, it was confirmed at the beginning of the year that the growth of housing transaction volume rebounded in China. Although the liquidity growth rate in the market is falling, the real estate market is by contrast improving.
Also, construction machinery exports have become more diversified. Exports of construction machinery increased in India and Eastern Europe as well as the USA and China.
Although the export growth rate is expected to decline in July and September due to the base effect, the overall export trend is positive in the second half of the year. Daily average exports excluding shipbuilding are on the rise, and daily average exports excluding shipbuilding and 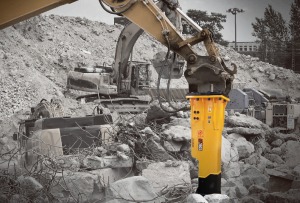